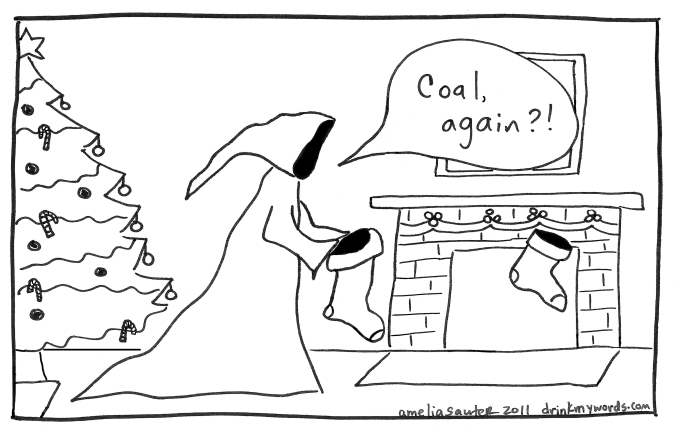 A Year Filled with Death 2012 calendars are available at www.lulu.com. If you go to their home page, they frequently have a coupon code that you can use for a discount or free shipping. Click here to purchase the calendar. Give the gift of Death this year!

Happy Holidays from me to you! Remember, cocktails are the reason for the season. 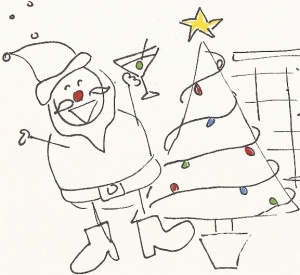 FOR CHRISTMAS THIS YEAR I want a kid.

To all you mothers out there: Don’t misunderstand me. I don’t want your kid. You worked hard to create him/her/it – the center of your mommy universe – therefore you love it unconditionally and perhaps even take pride in the trouble it has caused/will cause. So unless you approve of my disciplinary methods and your child requires little to no supervision, don’t pawn your spawn on me.

When the dog misbehaves, we banish him to the outdoors without a coat until he’s ready to apologize. When the cat rouses us for breakfast at 7 a.m., which is about three and a half hours too early, she gets locked in the bathroom, and we turn on fans to drown out her demanding meows. Our dog can stay home a good eight hours all by himself with only a bowl of water; the cat can go 24 hours. She’s deaf. She has no idea how much we curse her coughed-up hairballs. Call the dog a bad name, and he tilts his head at us, wags up a storm and loves us just the same.

I’m also not having one of those my-life-is-not-complete-unless-I-pop-out-and-raise-my-own-offspring moments. I rarely find myself wondering if I’m missing something by living child-free. When I see screaming children with their parents at the post office or grocery store, the thought that runs through my head is that I’m the lucky one. More often, I don’t notice children at all. (Puppies are a different story. Try as I might, I can’t refrain plotting to steal adorable puppies when their owners aren’t looking.)

But Christmas pushes my growing nostalgia button. Sometimes I ask myself what the point is of celebrating child-centric holidays if I don’t have kids. As I approach mid-life, my biological clock is telling me it’s time to pass on my most memorable childhood traditions to another being.

Each December, after standing on my tip-toes on a stool and climbing atop the wobbly dresser to crawl up into the attic hole, and then falling back down out of the hole with a miniature fake Christmas tree, six boxes of decorations, insulation in my hair and a banged-up shin, I wish I had someone to share sentimental childhood memorabilia with. The construction paper-macaroni-glitter ornaments that I glued together in grade school decomposed to dust years ago, but each ornament that remains carries a part of my history. The angel carrying a lantern with her bare bum peeking out of her white footie pajamas, whose origin my mother will remember. The yellow wooden star I painted in Mrs. Larker’s kindergarten class. My first baby shoes.

I want to wave my phone in the air and yell, “Don’t make me call Santa!” Or better yet, warn children about Krampus. In some European traditions, Krampus is Santa’s hair-raising half-beast, half-demon sidekick who rattles chains and threatens to abduct naughty children or smack them with a birch switch. My friend Keli recently introduced Krampus to her children, who apparently needed more intensive behavior shaping than that provided by the positive reinforcement of Santa’s promise of gifts.

The Santa myth worked for my sister and me. I freaked out if my mom’s hand went for the phone during one of my pre-holiday tantrums; in fact, this could be the root of my generalized anxiety disorder and lifelong obsession with perfectionism. If the stars were out on Christmas eve, my sister and I would sit vigil at the window and stare at the night sky. Sure, those were probably just planes or satellites that we spotted traveling among the stars. But maybe that blinking red light was Rudolph’s nose! The year my Dad jingled sleigh bells outside our bedroom window, we were so excited we almost crapped our pants. Then, with our hearts racing at 220 beats per minute, we were instructed to go to sleep right away or Santa wouldn’t come.

My parents were not lying. Santa never, ever came when we were awake. But in the morning, when we snuck downstairs at the first light of dawn, the living room was magically transformed. The Christmas tree glowed, stockings bulged, presents were scattered under the tree, and the cookies we left out on a plate the night before were gone. A few years later, when my little brother was the only one left in the family who believed, I gloated about being in on the grownups’ secret, and was pleased to snarf the cookies that were meant for Santa.

Sometimes I try to incorporate holiday traditions into my life in the absence of children. I string up tangles of lights and hang stockings under the windows. I took over the baking of my grandmother’s apricot–filled cookies, which delights my siblings. My partner Leah, who grew up with no birthday celebrations, Halloween, or Christmas, now has her own Star Wars, Weather Channel and Abominable Snowman (“Bumble”) ornaments. We gift-wrap bones and stuffed animals for the dog (the cat tends to sleep through Christmas after a failed attempt to wake us at daybreak). And just like back home, we eat Mom’s sticky buns on Christmas morning (she mails us a package in advance), to which we’ve added our own tradition of spiked eggnog coffee.

We’ve got a number of awesome kids in our life if I need a child fix; I usually last about four hours before I’m completely exhausted. Still, someday I’ll die and there will be no one to inherit My Stuff, be it Christmas tree ornaments or stories of my parents calling the North Pole to report my bad behavior. Of course, as one parent friend recently tried to reassure me, “Just because you have kids doesn’t mean they’ll want your sentimental crap.”

My sister said that if I have even an inkling that I might want a kid, I should have one or I’m going to regret it later. But if I want a kid for 14 days out of the year and not the other 351, I think I’ve made the right decision. As Leah and I eat the apricot-filled cookies that would be otherwise destined for Santa, washed down with spiked eggnog coffee, I’ll share my childhood stories with her. Or maybe I’ll write them down for you. 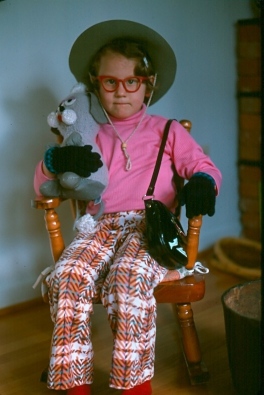 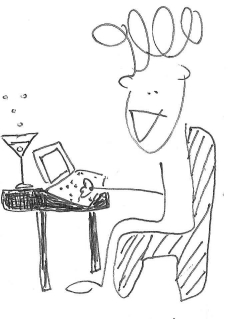 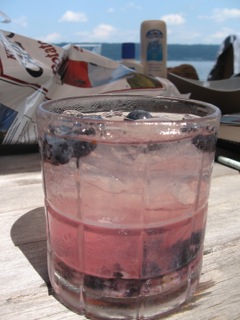